Thank You to All Veteran's, Past and Present

I've always stressed to my kids the importance of the sacrifices of the men and women in the armed forces who fight to keep us safe. My father fought in the Army Air Force in the Pacific Theater during WWII, one of my brother-in-laws fought in Vietnam, both of my brothers joined the (Army and Marines), and another brother-in-law and one of my nephew's were in the Navy. My nephew spent eight months in Afghanistan, during which time his youngest daughter was born. We were fortunate in that they all came home ... but many others didn't.

It has always amazed me that there are people out there who willing take a job that could easily kill them ... and not just Veteran's, but police and firefighters as well. I don't possess the kind of bravery it takes to do such a job. I suppose I could summon the courage if necessary, but luckily, I don't have to ... there are men and women who willingly step up to protect us.

When I was going through some old drawings and things from my kids, I came across this letter Thing 2 "mailed" to Davy's room. It made my heart filled with pride that my children absorbed the words I told them and wished to silently honor our Veteran's. 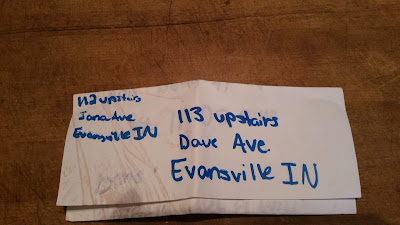 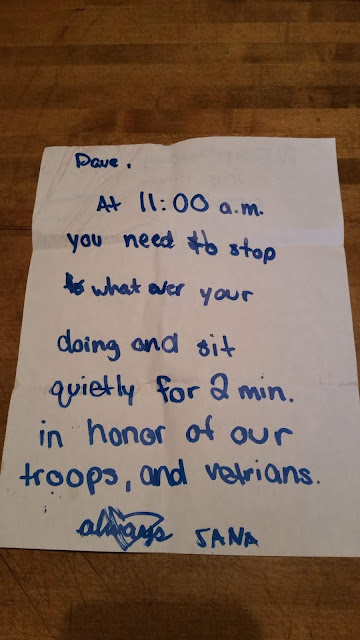 Posted by Jackie Coleman - Author at 5:55 AM No comments: