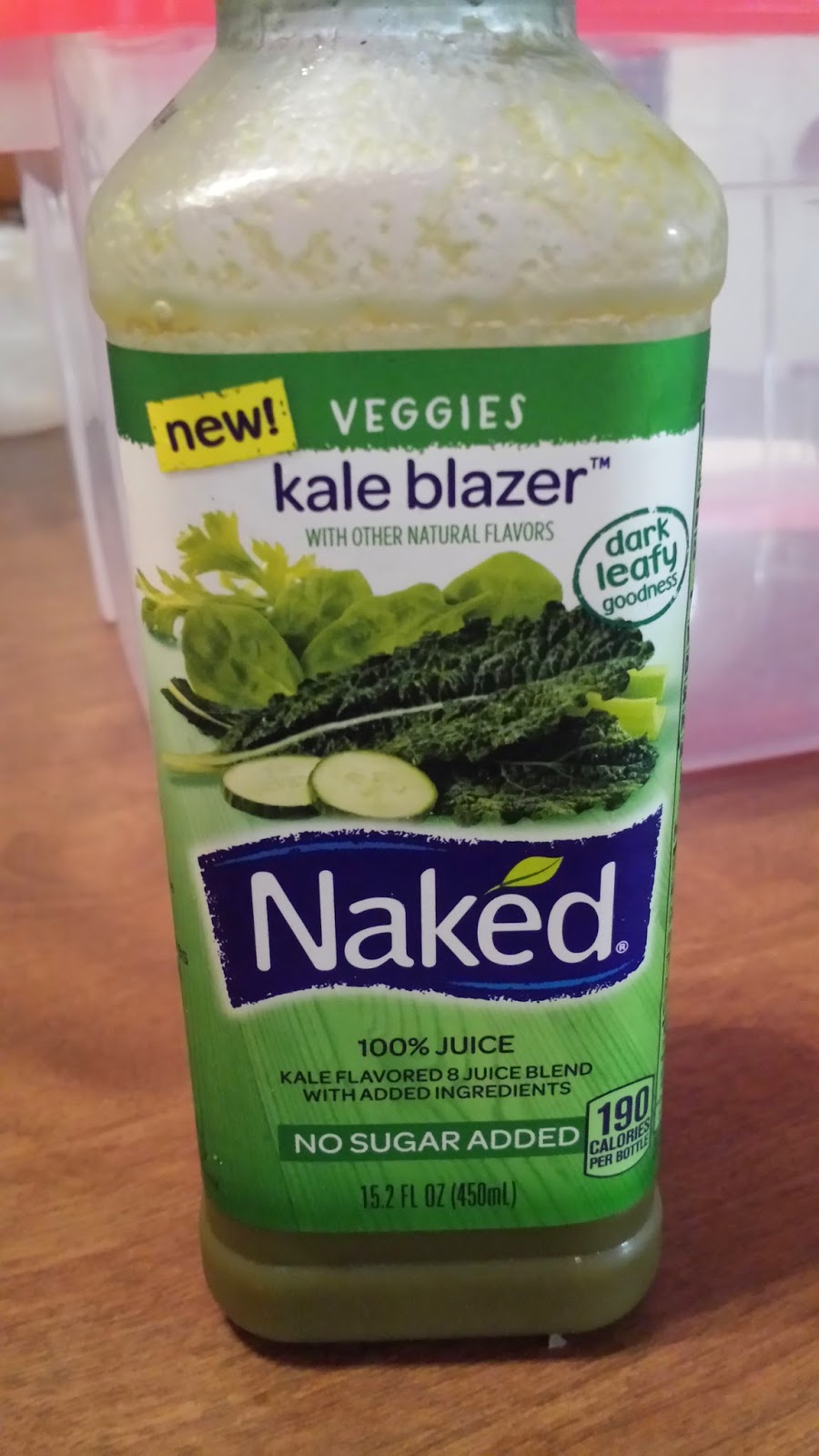 I ran to Walmart for potting soil and decided to treat myself to a Ski. I haven't had a Ski in a loooooong time, and really wanted one. I ended up talking myself out of buying a Ski and ended up "treating" myself to a mango protein smoothie (which was okay, but nothing I'll ever crave) ... and this one ... the "Kale Blazer".

I'm drinking it because I bought it and because it says it's good for you, but it's not a pleasant experience, and I won't be buying any more. All I can say is that it better be good for me!! Actually, the way this thing tastes, I want more than nutrition for forcing myself to swallow it and keep it down ... I want superpowers! And not just any superpower ... I want the power of invisibility or the ability to fly!