It's not the most dramatic before-and-after, but it definitely looks much nicer. The lambs ear that I'm sure was once between the center and right hosta was gone, so I bought a couple pots of them. I'm not sure how fast it spreads, but I'm guessing it won't be long before it looks symmetrical once again. 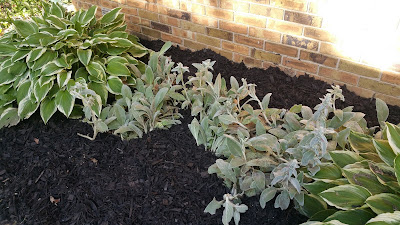 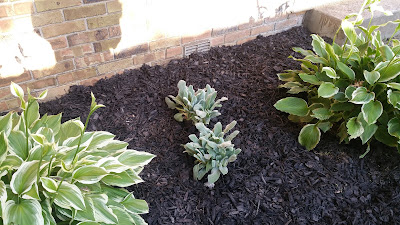 I spent most of my week of "vacation" working in the yard, but it was worth it. It rained on and off a couple of days, so I didn't get as much done as I would have liked, but I'm pleased with what we did accomplish. I thought I had killed all of the poison ivy/oak/sumac last fall when I moved in, but I've saw a lot` of it as I walked around. I finally found my poison ivy killer, and by the afternoon, it was already starting to wilt. It's mixed in with ivy and weeds around the perimeter of the yard, and since Thing 3 and I are both allergic to poison ivy/oak/sumac, we can't use the weed eater until I'm confident it's gone. 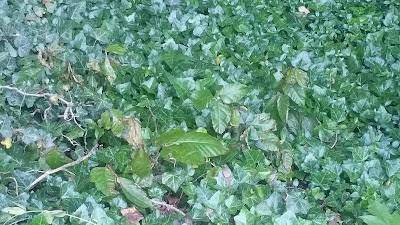 Next comes the driveway. Ugh!
Posted by Jackie Coleman - Author at 9:30 AM