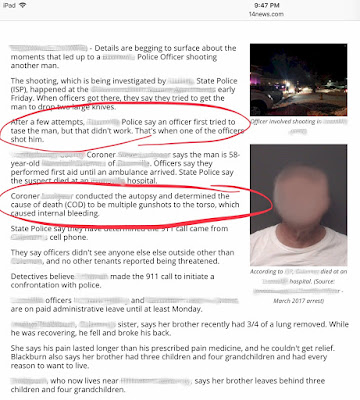 A coroner released the cause of death for a man shot multiple times by police ... he died of multiple gunshot wounds which caused internal bleeding!

I'm sure it's protocol to do an autopsy on any shooting victim, but is "releasing" the cause of death really necessary? If you are shot to death, I think everyone already knows what you died of!!
Posted by Jackie Coleman - Author at 10:48 AM