Wish I Hadn't Been Too Young

I was alive in 1972, but far too young to attend anything like this. I do remember my oldest brother and one of my older sisters going. It was officially billed as the Erie Canal Soda Pop Festival, but they were calling it Bull Island, because that's where it was held. Neither were into heavy drinking or drugs (which were apparently plentiful) ... they both went with friends for the music.

My sister said someone came up and asked her if she had any brownies. She smiled sweetly and said, "No, but I've got some pretzels and chicken-in-a-biscuit." The guy got a really confused look on his face and walked away ... that's when someone with her said, "He asked if you had any downers, not brownies!" It doesn't matter, her answer would have been the same! 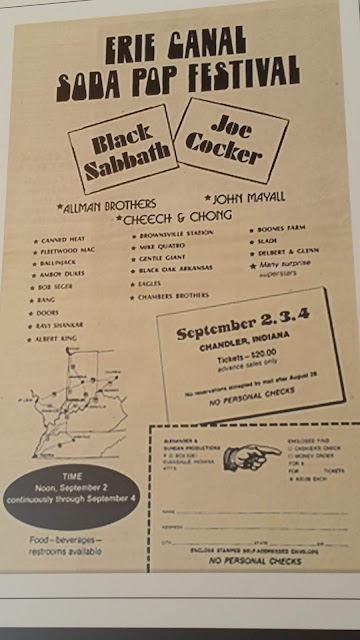 Posted by Jackie Coleman - Author at 5:27 AM