A Trip Down Memory Lane

One day last week I was on the other side of town, close to my old stomping ground, so I swung by to see the house I grew up in. It looks a little run down, which makes my heart ache just a bit. My father planted evergreen bushes in front of the house, and neatly trimmed boxwoods used to form the eastern border of the front yard. I think it looks lonely with all of Daddy's bushes gone. I'm not sure when, but whoever bought the house painted the siding blue (it was originally gray), and it looks to me like it needs to be painted again.

My parents bought the house right after it was built, moving in with their three young children. The house would welcome home five more babies in the years to come. My mother moved out after my father died, and the house sat empty while everyone took a chance to deal with his death and figure out what to do with everything.

I remember going to the house after work on many occasions. I'd walk through the rooms, looking at what we had yet to get rid of. There were memories in every square inch of the house, but I was looking for something specific ... I wanted something from the house that said "Daddy". I wanted something of my father that I could hold in my hands, and perhaps pass on to my own children one day, but every time I'd walk away empty handed. I kept going back, again and again, looking for something of Daddy to take and keep.

One time when I was at the house looking for something of Daddy, it dawned on me why I couldn't find what I was looking for ... all the stuff in the house was Mama ... Daddy was the house. Mama was the decorations and the all the fluff that made us comfortable ... Daddy was the structure that kept us warm and dry and safe. Once I realized that, I quit going back ... there was nothing of Daddy to take.

After I drove by the old house, I drove by the Tot Lot. It has a fence around it now, and all of the playground equipment has been removed, but in my mind's eye, I can still see the swings, and the merry-go-round that we would play on until we were too dizzy to walk. I can still see the metal, spherical monkey bars. I smiled as I drove by, thinking of all the picnics I had there as a child. We'd load up our bicycle baskets with sack lunches, and tote each other on our banana seat Schwinn's. I'd always sneak an extra piece of bologna and a thermos of water for our dog, who loved running beside us as we rode down the street. 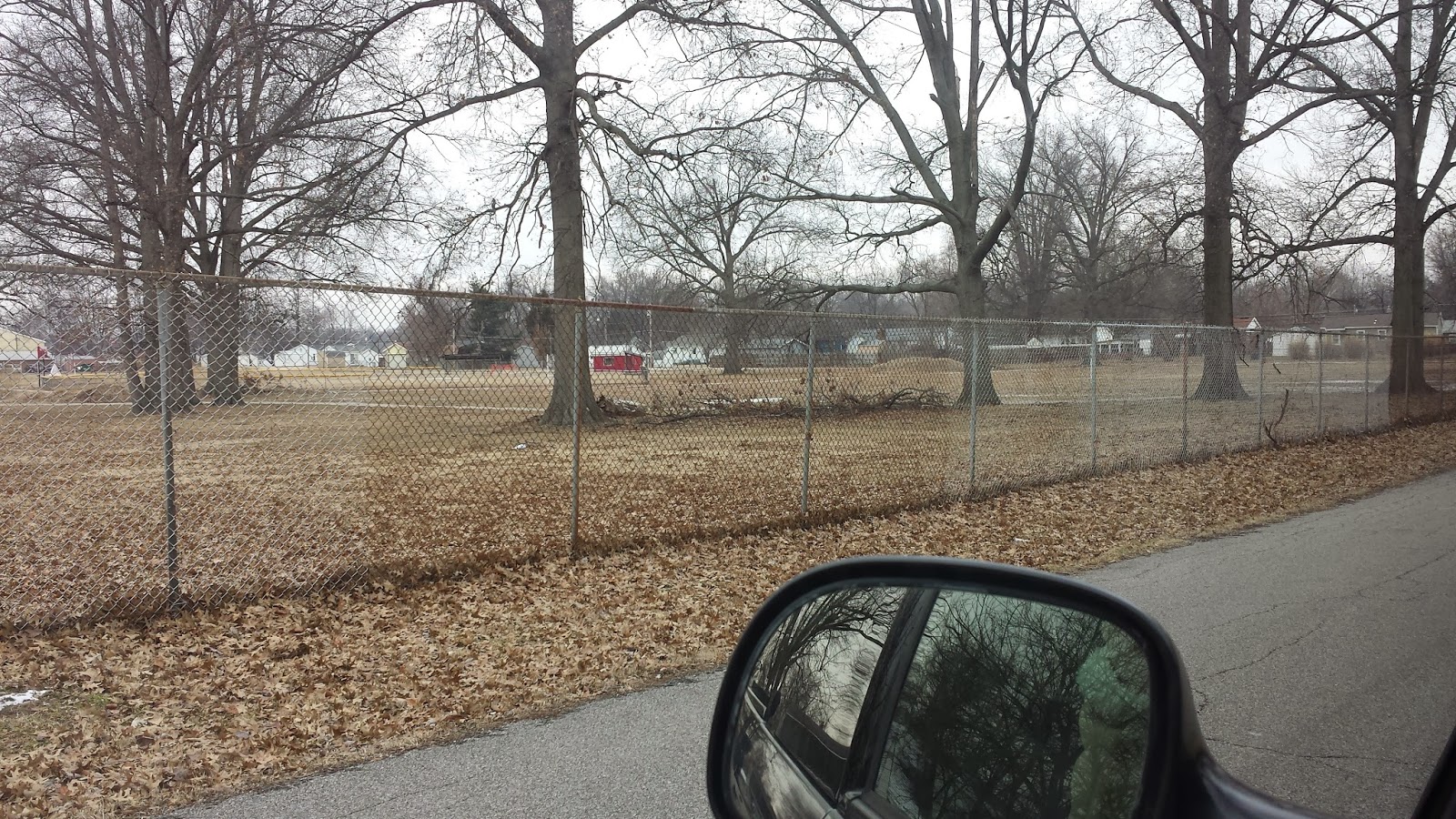 We'd have our picnic, then play on the playground, or sit in the sun making jewelry out of clovers. Our parents had no idea where we were, but they never worried ... we knew where we were allowed to go and where we weren't. We were obedient children, and we pretty much didn't do things we weren't supposed to do. We were happy with our lives, and never really pushed the boundaries ... at least not during that particular time of innocence. What I wouldn't give for one more day like the ones I had as a child ... just one more day carefree summer day that stretched on for miles.

Posted by Jackie Coleman - Author at 6:24 AM