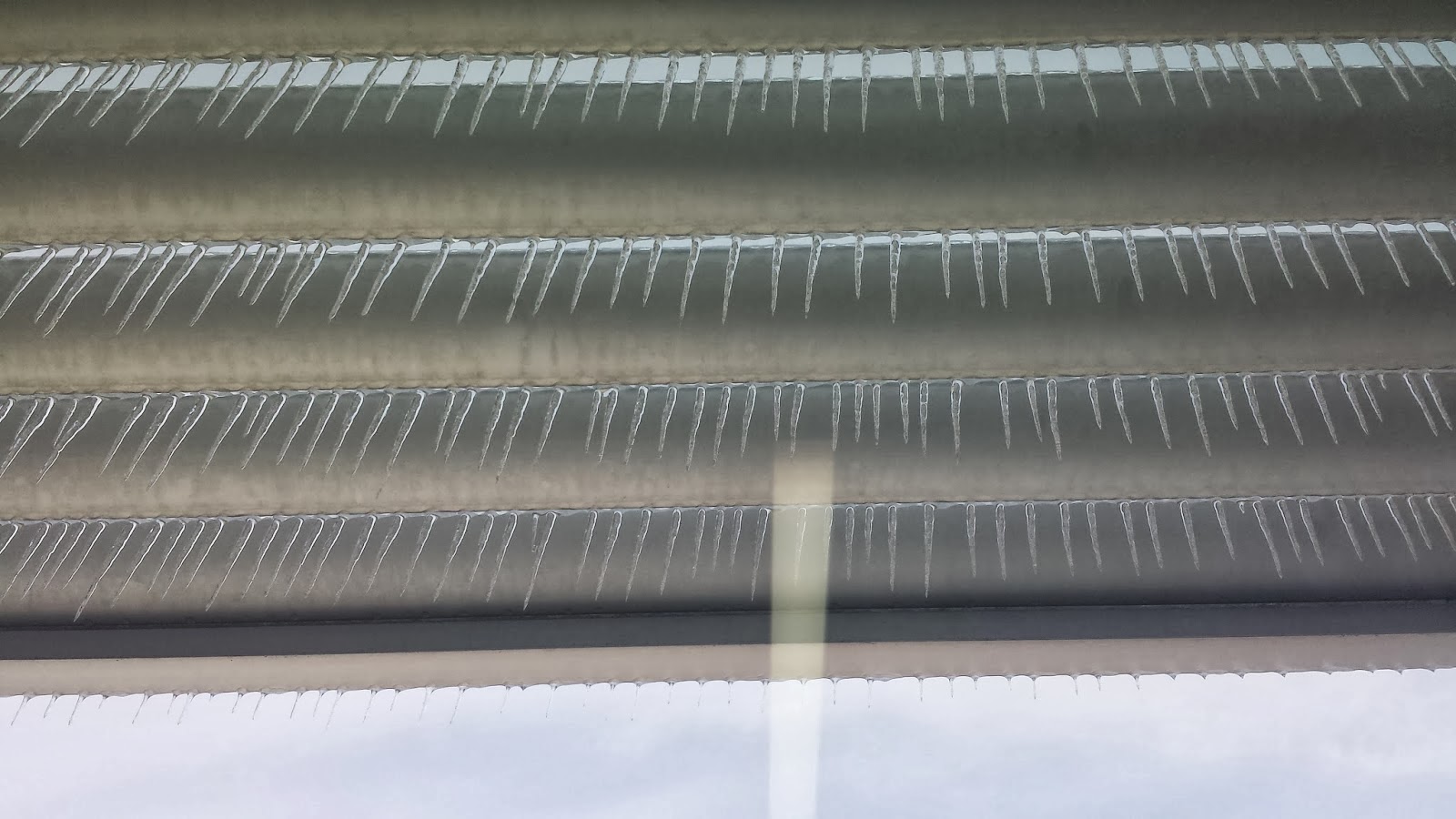 I posted this picture a few days ago, asking for guesses at to what it is ... 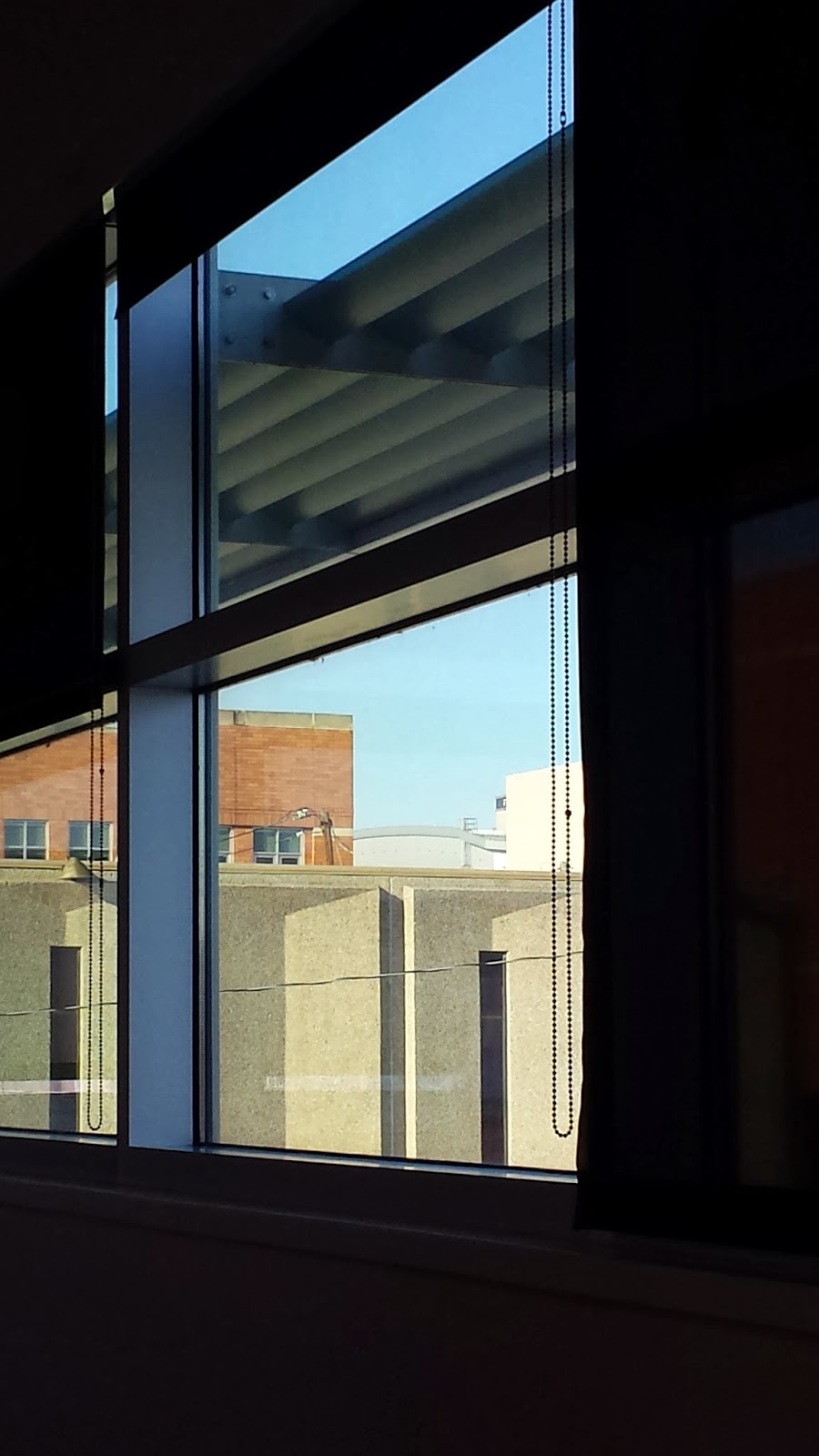 It's a picture of the awning above the second floor windows at work. It's not a typical awning ... rather than being one solid piece of metal or fabric, it's four or five rounded, angled metal bars. It's a little too modern for my taste, and it does little to block the sun. I guess the architect was going for looks rather than functionality.

The icicles are long gone now ... good! It was in the mid-30's yesterday. It felt so good outside that I was too hot wearing my scarf and gloves during the afternoon. That's just sad ... it should never be so cold that the mid 30's feel good! It's supposed to be another "nice" day today, with highs in the upper 30's, then down to 26º tonight, with a chance of a couple of inches snow/wintry mix overnight and tomorrow morning. (Groan!)

They're forecasting it to be in the 60's here by next Wednesday. What a relief that will be!!!

In this part of the country, where we straddle the line between north and south, our winters are typically a bit schizophrenic ... one day we're frigid and the streets are snowy and icy, and a few days later the snow is gone and the temps are tolerably cold. Fortunately, our winters generally side with the south, and we are spared the snow and bitter cold that grips the north and won't let go. Like everyone else this winter, our temperatures have been colder than normal, and we've been below freezing most days ... but that's still better than up north where they've spent most of the winter below zero!

Spring is trying to come to us, but winter keeps stalking us like a jilted lover. After this awful winter, I'm hoping for a spectacular spring and summer!!
Posted by Jackie Coleman - Author at 8:43 AM