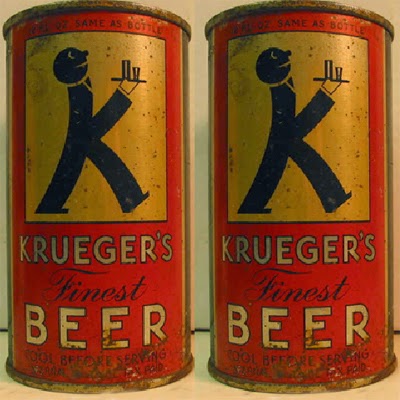 On January 24, 1935, the Gottfried Krueger Brewing Compnay began selling canned beer in to outlets in Richmond, Virginia. Until this time, food was sold in cans, but beer was only available in glass bottles ... and purchasing beer in a glass bottle required a deposit, whereas the cans did not. Canned beer was easier to stack, deliver (because it didn't break), and most importantly ... chilled more quickly! The rest, as they say, is history! 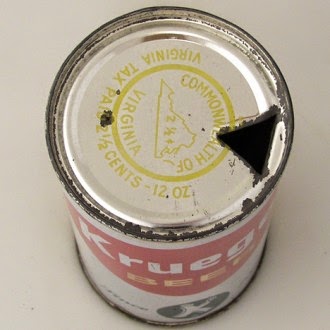 Millions of cans of beer were shipped overseas to soldiers during World War II. These cans didn't have the convenient pop-top tabs of modern-day beer cans ... the beer these men drank was likely to have been consumed by two knife punctures on opposite sides of the top. Lucky soldiers with a Swiss pocket knife might have had an easier time getting into these cans ... but something tells me that a man risking his life at war isn't intimidated by how difficult a can of beer is to open!

I don't remember ever opening beverage cans like this, but any other liquid that came in a can, like evaporated milk, broth, etc., was always opened with these. Kids today have probably see these can openers in drawers and wonder what they triangle-shaped end is used for!

Posted by Jackie Coleman - Author at 9:31 AM