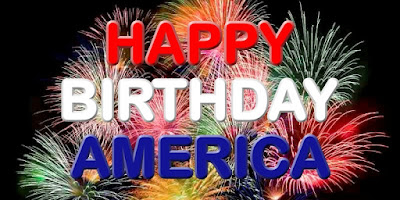 As we celebrate the birth of this great nation, I'd like to remind everyone that this country was founded on Christian values. That is not opinion or mere speculation ... it's an absolute fact. Our founding fathers were Christians, and our constitution and laws were based on Biblical principles.

I'm never going to run for office and I'll never be President, so it doesn't really matter what I think. But if I were President, there are a number of things I'd address immediately:
I know there are people who don't agree with me, and that's fine. I don't understand how anyone could think differently, but in America everyone is entitled to their own opinion ... for now, anyway.