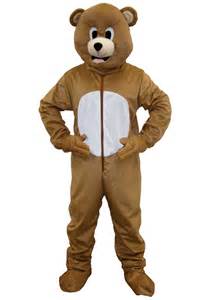 I recently read a story about wildlife officials counting fish at a weir ... (and you thought your job was boring!) ... who encountered a man, in what they described as a "fairly realistic bear costume", harassing a mama bear and her two cubs feeding on salmon. One of the officials stated that it wasn't immediately known what the man was trying to accomplish. I'm going out on a limb here and hypothesize that they still don't know!

From a safe distance, they watched as "Bearman" began to jump up and down. When he got close to the cubs, one of the Alaska Fish and Game Technicians moved the sow out of the way, telling the local media that this was a little outside of their normal duties. "Our job," he said, "is to count fish."

Oddly enough, this is not the first time they've encountered a man in a bear suit. As if the obvious down-side of harassing bears ... i.e., being killed ... is not enough to deter violators, there are criminal penalties if caught.

Purposely mistreating wildlife should be a crime, but when it comes to a man in a bear costume harassing bears, well ... perhaps we should let just nature take its course. Aside from the beer/liquor industry losing a dear and valued customer, I can't imagine society would miss out on much ... other than a wild story or two ... if this man met an untimely demise at the hands of a mad mama bear. Let's face it ... the brain inside the man that's inside that bear suit does not hold the cure for cancer ... and it means ones less bear costume available to someone else wishing to harass bears.
Posted by Jackie Coleman - Author at 8:23 AM