Where Was Common Core When I Was in School? 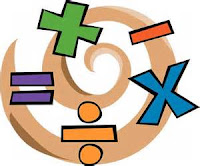 I have always hated math. I took it because I had to and I retained the knowledge only long enough to pass a test. If I had ever had a nice math teacher, I might have actually enjoyed math, but every math teacher I had ... without exception ... was mean, sometimes hateful, and bordered on sadistic.

I got a B in algebra in college, which robbed me of my perfect 4.0. I needed an A on the final to get an A in the class. An A was 92 points. I scored 91. I talked to my teacher and asked her if, since I only missed an A by one point and was a single mother of three young children (ages 2, 4, and 6), was going to school full time, AND working full time, could she find it in her heart to give me that one silly point, give me an A, and preserve my 4.0?

She said no, that there were 33 students in the class and 24 of them got A's, and that if I had applied myself more, I could have earned an A, too. That might well be true, but how many of them were juggling as many balls as I was? I didn't beg for that one lousy point, but I might have had I thought it would do any good. I could tell from the tone of her voice that her answer was no and it wasn't up for discussion. Conversation over.

Had that woman had even one ounce of compassion, she would have seen that I did try. I did study. I did apply myself. But she was adamant ... I hadn't earned an A and my grade would stay a B. I could understand her not showing me any mercy if my final score was low, but I was only one lousy point away from an A! She cemented my life-long distaste of math.

With the new math standard in Common Core, there are no longer absolute truths ... 3x4 can now equal 11 so long as a student can effectively explain how they reached that answer. One question on a Common Core math test was, "Tell how to make 10 when adding 8+5."

That makes no sense. Even with the teachers help, I still get 13! With rules like that, I could have aced math, as I could have easily explained every wrong answer I ever had!!!

Posted by Jackie Coleman - Author at 7:28 AM