Immigrants, Immigration, and the Wall 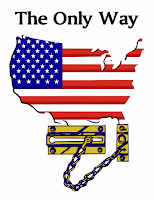 I have never been able to understand why anyone would be okay with millions of people being in this country illegally. I have never been able to understand how they can receive food stamps, welfare, healthcare, or why we are obligated to teach their children. It astounds me that they file fraudulent tax returns and get huge refunds! I'm not just dumbfounded, I'm angry. If the government can track me down to make me pay back taxes, why can't they track down illegal immigrants defrauding the government at the expense of the law-abiding taxpayers?

All the uproar about President Trump's Executive Orders on travel bans from terrorist countries and a temporary ban on refugees from Syria is baffling to me. ISIS didn't just imply they would send their jihadist's to America, they said it outright. They bragged that their "soldiers" would pretend to be part of a family in order to emigrate, with the sole intention of killing American's once they get here. They boasted that they are using our porous Southern border to come here. And why not? If we are too stupid to protect our borders, we are all but inviting them to come here and slaughter us.

The countries we are banning from entering the United States are the same countries that will throw you in jail ... for a long time ... if you enter their country illegally or overstay your visa. Pretty much every country in the entire world ... except America ... will hunt you down and throw you in jail if you stay in their country without permission. If you don't believe me, go to one of those countries, and don't go home when you're supposed to.

Protecting our borders should be the number one job of the President. Punishing those who harbor criminals, i.e. sanctuary cities, is not cruel ... it's prudent.

I don't allow just anyone to enter my home. Every door has a deadbolt, a door lock, and a chain. Every door and window is protected with an alarm that will sound if breached. It's not that I don't have compassion for those in need ... I just can't take them all in. I don't have the resources to house and feed everyone who would love to live in my house. (It's not that my house is so wonderful, but when you are homeless, anyplace warm and safe looks like heaven.)

Of all the individuals who would come into my home if the door was thrown wide open, some would simply want a meal and a warm bed ... but there are others who would take advantage of my generosity. And, since criminals profit more by looking "normal", it would be hard to tell the difference between the good and the bad. This is my home. My children and grandchildren are here. My first obligation is to them.

I have taken in a number of kids over the years. Some for a few days. Some for weeks, or months, or even years. Most of the kids were a joy to have, but I did have to ask some of them to leave. They were breaking my rules. They were engaging in behavior I did not approve of.

My house, my rules.

The same can be said for our country. President Trump is trying to protect Americans from the kind of terrorist attacks perpetrated by refugees all over Europe. If there were an attack like the truck attack in France on Bastille day in 2015, American's would be foaming-at-the-mouth-furious that President Trump didn't do something to stop terrorists from entering our country.

President Trump is doing what he promised he would do. He is protecting American lives. He is enforcing the immigration laws in place for decades and repealing the Executive Orders signed by obama, which circumvent our Constitution.

I, for one, applaud our President for having the courage stand against our enemies and say ...

Our country, our rules.
Posted by Jackie Coleman - Author at 10:22 AM