My youngest daughter has a German Shepherd. Being of "German" descent, she was named Heidi. She goes to Doggie Day Care a couple of days a week (and LOVES it). Here she is in a picture with a bulldog. I would have named him/her Helen or George or some other old fashioned name.

Are you ready to hear the bulldogs name? FLUFFY! I think that's hilarious!!!! 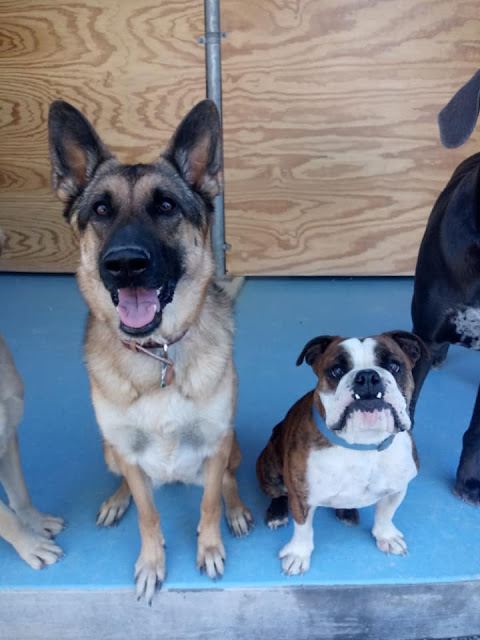 Posted by Jackie Coleman - Author at 6:58 AM