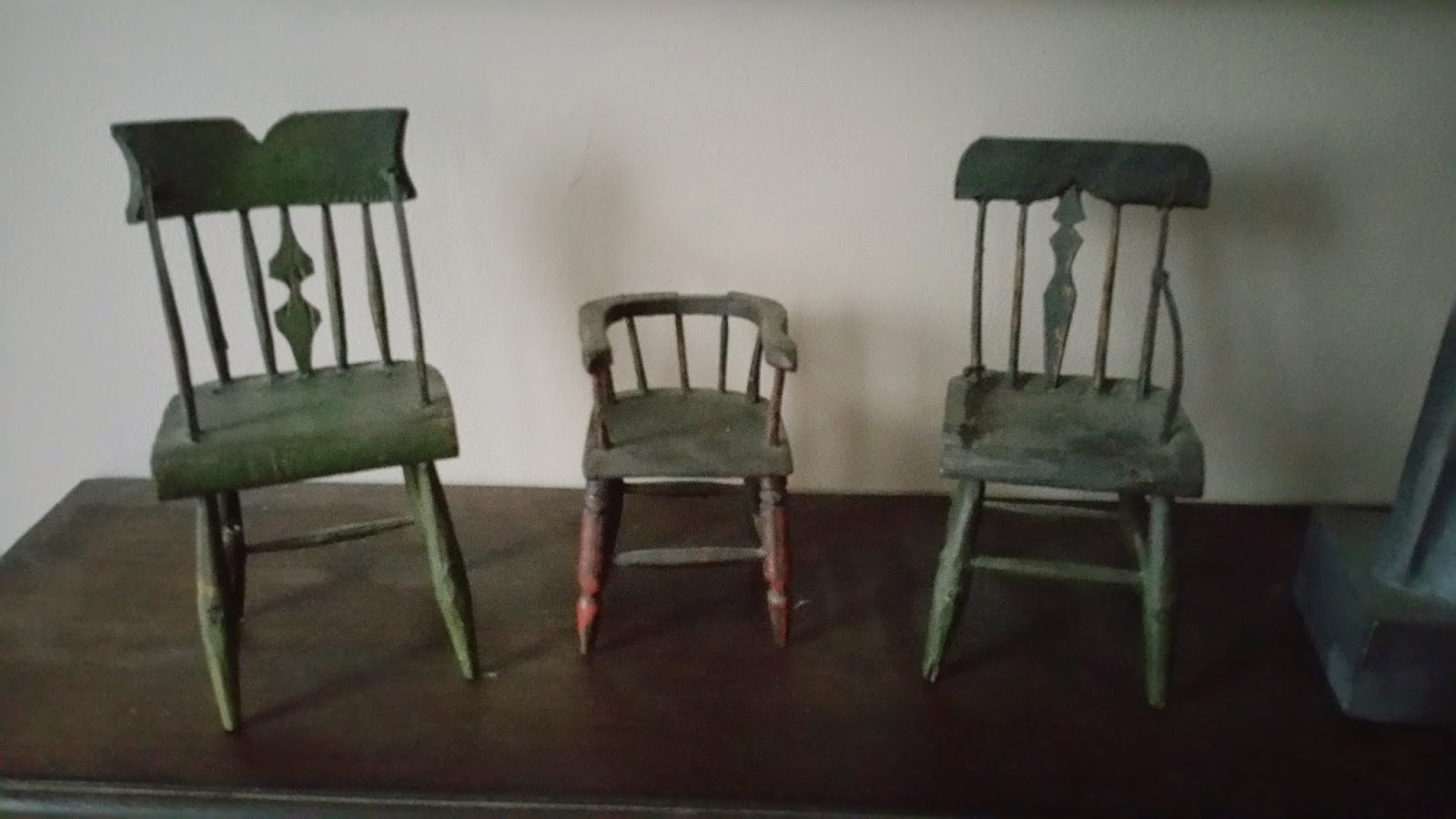 When I was growing up, my mom would take us kids to see my Grandma, who lived with her spinster sister (Great-Aunt Addie) and her brother's widow (Great-Aunt Carrie).

Aunt Addie and Aunt Carrie tried to stay out of the way and let Grandma visit with us kids, but I'd always wander into Aunt Carrie's room ... and stare at the three little chairs her father whittled for her when she was a little girl. She was born in 1901, so these chairs are over 100 years old now. Aunt Carrie was a sweet old lady. She never had any children, but I suspect she would have been a wonderful, loving mother. I liked being around Aunt Carrie ... and I absolutely adored those chairs!

I did get Aunt Carrie's chairs ... and all these years later, I love them as much as I did as a child. Every time I look at them I think of Aunt Carrie's kind eyes and sweet smile. I'm sure it makes her happy when she looks down from heaven to see those chairs taken care of and protected, and that she knows I treasure them as much as she did.

Posted by Jackie Coleman - Author at 8:43 AM