Happy Birthday to My Friend! 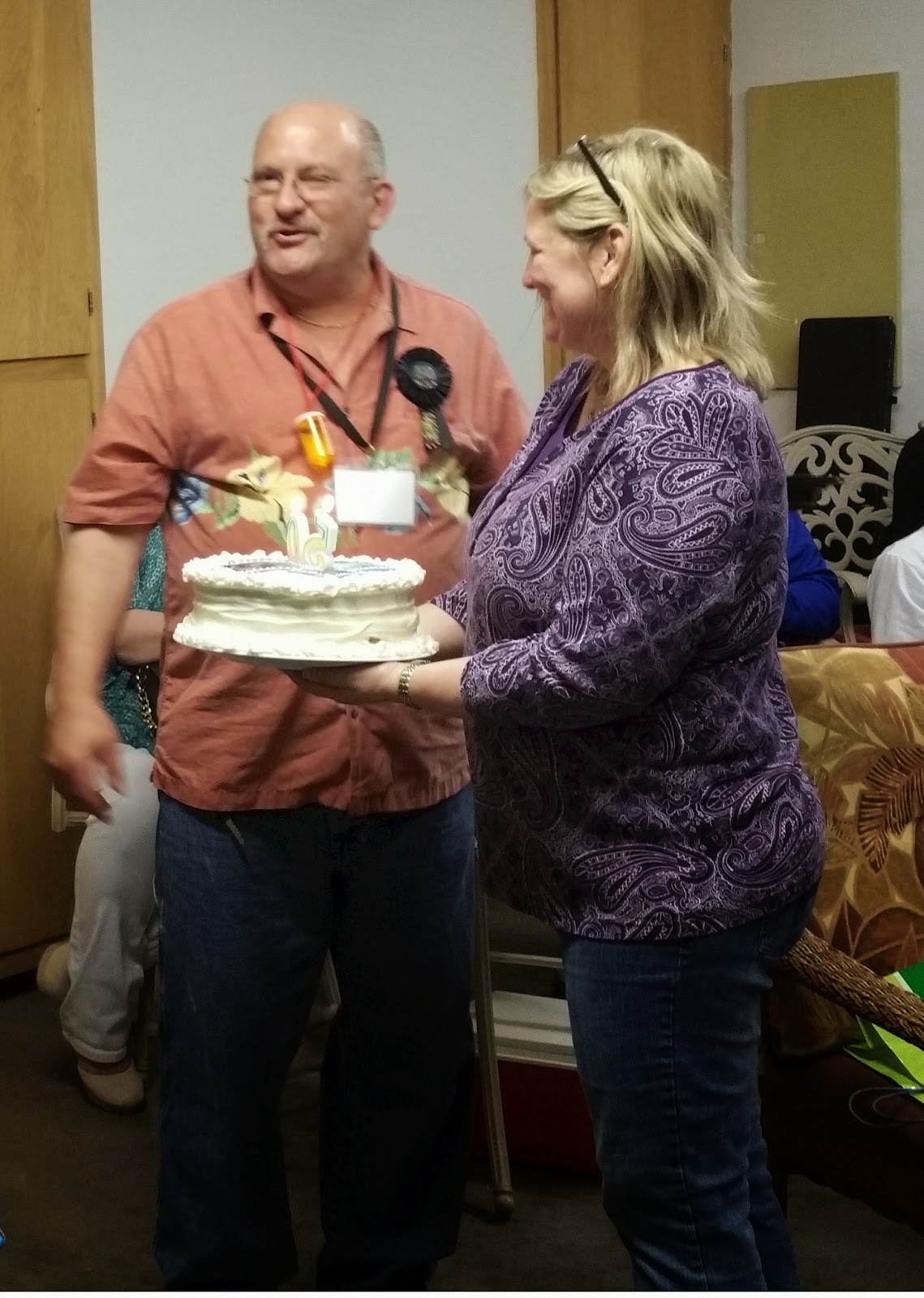 Last Saturday was a good friend's 50th birthday. We invited the couple over for lunch and grilled out, then sat around talking and laughing. It was my boyfriend's job to get the birthday boy away from the house, so I went into the other room and called him, pretending to be the security company and inform him that the alarm was going off at his business. The guys took off to go fight evil, while my friend and I decorated and waited for her kids to run all over town picking up the food and deliver it to us.

The birthday boy never suspected a thing and was completely surprised when the garage door opened to reveal his friends and family, packed in like sardines, screaming "Surprise!"

The party had to be moved inside due to rain, but we were able to move back outside after the storm passed. Other than the rain, the party went off without a hitch and everyone had a blast.

I kind of felt obligated to host his birthday party ... I'm the one who talked her into going out with him years ago. If I hadn't done that, they would never have gotten married, and she wouldn't be planning his birthday party. It's my "fault" that she's married to him, so the least I could do was offer my boyfriend's house for the party, right?!

Posted by Jackie Coleman - Author at 8:45 AM