This picture below was taken 30 minutes after they opened the doors for the Bernie Sanders rally a on Monday. There was room to spare after everyone who came to hear him was let inside. (The venue holds approximately 9,000 ... the press reported 3,000 attended).

The local paper reported a father and his 16-year old son had came to see Bernie. The son said, "I believe in Bernie. A lot of politicians lie, but not Sanders. Or if he did, he'll say why he did."

Wow. Sanders doesn't lie, but when he does, he tells you why he lied. I don't know how to process that. Luckily, this young man isn't old enough to vote. Unfortunately, his supportive father is. 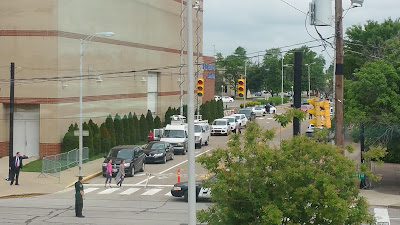 Contrast the above picture to the one below, which was also taken 30 minutes after they opened the doors at the Trump rally last Friday, and more than to two hours before Donald Trump was scheduled to speak. 9,000 were inside, and at least that many more had came hoping to get inside, only to find it filled to capacity. 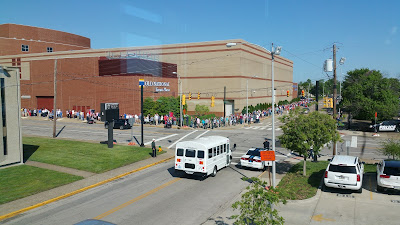 After the Sanders rally, we saw a man in a kilt and a Mohawk walking away with some of his friends. That was the most interesting thing we saw all day. We don't see many Mohawks around these parts ... and we see even fewer kilts! 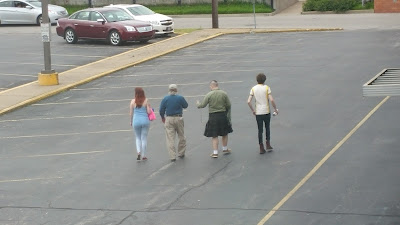