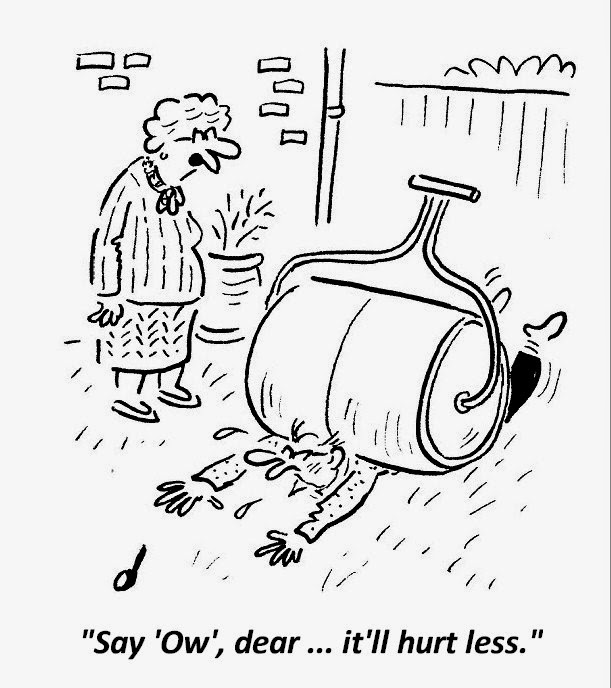 A group of scientists have concluded that saying "Ow" distracts us from the feeling of pain, which allows us to withstand pain longer.

I'm not a trained scientist, nor do I play one on tv (that's a joke kids ... if you don't get it, ask someone over forty), and I've never been given tens of thousands of dollars from the government to study this, but my inner scientist thinks we say "Ow" involuntarily as a response to the pain, much like screaming when we're frightened. Screaming doesn't make us less afraid, and saying "Ow" doesn't make something hurt less.

These researchers have apparently never stepped on Lego's in the middle of the night. I can tell you from experience, that saying "Ow" does not lessen the pain ... no matter how many times you say it!

And, if you're ever brave ... or stupid ... enough tell a woman in labor to say "Ow" to lessen the pain, I recommend you stand out of arms reach.

You can read the full article here.
Posted by Jackie Coleman - Author at 7:50 AM