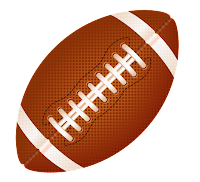 An NFL wide receiver, who is now choosing to kneel during the national anthem to protest the election of Donald Trump as President said, "I said this a long time ago. When [Trump] ran, I thought it was a joke, and the joke continues. I’m not a political person that much, but I got common sense. And I know when something’s not right."

I don't know if he has common sense or not, but I'm certain he could benefit from grammar lessons.
Posted by Jackie Coleman - Author at 10:00 AM