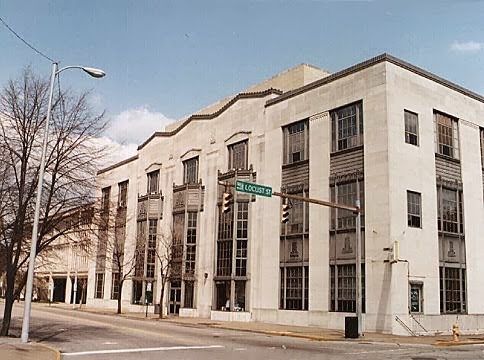 This is the old Central Library in my hometown, built in 1931. This was my mother's favorite branch, and the one we frequented the most when I was a child. It wasn't just my mom's favorite ... it was my favorite, too. It was old and solid and ornate ... and I loved the sound of my shoes clicking on the marble floors. My heart would swell to bursting just walking through the door.

When I had children of my own, we'd frequent our neighborhood branch, but we spent the most time at Central. In the picture below, you can see the steps that lead down, outside of the building ... that stairway leads directly to the Children's Room. I wonder how many times my little legs went up and down those steps! When my kids were old enough, we'd ride our bikes downtown, passing our neighborhood library, specifically to go to this one. I loved this library! 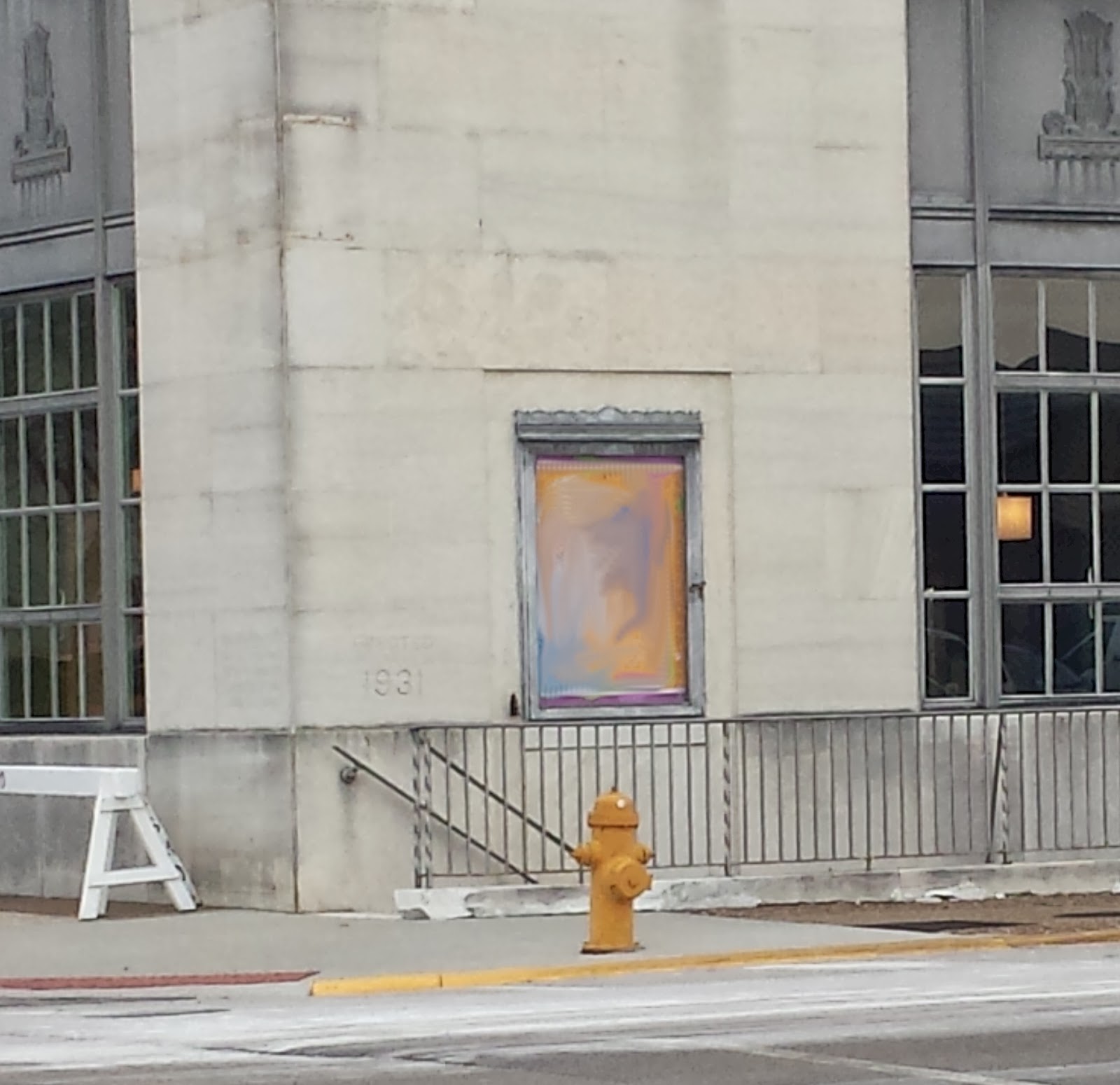 They began construction on a new Central branch around 2003. My middle daughter broke her foot during this time. Normally I wouldn't remember something like that, but it was then that I discovered just how badly a new library was needed ... there was no elevator to the Children's Room in the basement at the Central branch. Since she had just broken her foot, she wasn't very confident on crutches, and was terrified of going up and down steps on them. We have stairs at our home, and she would navigate them by scooting down on her bottom, but I wasn't comfortable with her doing that on a public staircase, so I had to carry her down. The Children's Room at this particular branch would be inaccessible to a child in a wheelchair.

The elevator/stairs wasn't the only reason a new library was needed. Central had far too many books to fit on their shelves, far too many by the tens of thousands! They had a stack system that extended from the top of the building to deep in the bowels of the library, accessible only to employees. If you wanted a book from the stacks, they would have to retrieve the book(s) for you. It was inefficient, and not being able to peruse the books caused a lot of good books to go unread. Even though I saw the need for a new library, I hated the thought of not being able to come into this building again. Central Library was where my love of books was formed, and it's where I began dreaming of being a writer.

With much trepidation, I took the kids to the new library when it was completed in 2004. From the outside it looked so modern. I envisioned a sleek, barren, cold interior, the polar opposite of the warm, inviting feeling of the old one ... and I was quite surprised! It wasn't filled with metal and glass ... the floors were marble, and my shoes clicked and echoed in the silence. The bookshelves were made of thick, sturdy wood, and the walls were paneled with the same rich wood. It looked like a library is supposed to look, as opposed to the New York art-gallery-look I had feared.

The old Central Library was quickly sold and is now a children's museum. Since my children are no longer young, I have never gone, but I'm sure I'll go with my grandchildren one day ... when I have grandchildren, that is! And then, once again, I hope to hear my shoes clicking on the marble floors of that grand, old building so dear to my heart.