The Orion spacecraft was supposed to launch this morning, but a boat of spectators strayed into the launch danger zone, prompting NASA to delay the launch. Winds picked up, forcing further delays, then valve problems and declining power in the craft's video camera system caused the launch to be delayed until tomorrow. Orion is only scheduled to be in space for 4-1/2 hours, but it's exciting because the United States is now back in the space-race.

I was alive when Apollo 11 was launched and landed men on the moon for the first time, but I was too young to grasp the enormity of it. My father, however, was captivated. He woke us kids up bright and early to watch every single launch. I would rather have stayed in bed ... sleeping ... but that was not an option. Daddy wanted us to witness history and enjoy it ... whether we like it or not! 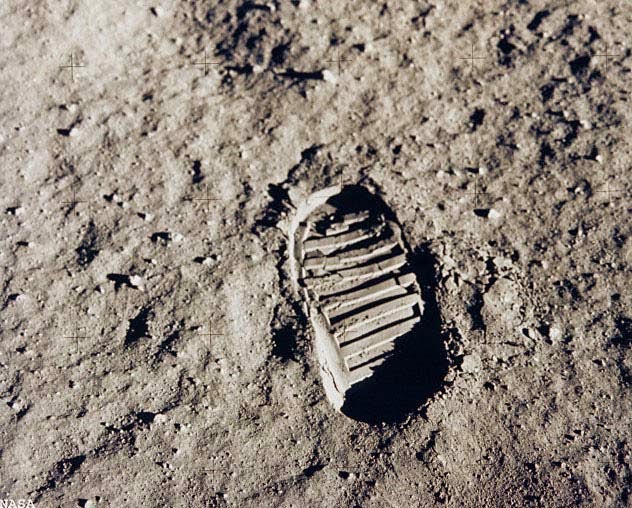 I'm sure I saw footage of the first man on the moon, and I'm sure I saw the first splash-down when these brave men returned from space, but I don't remember them. What I do remember is that every time NASA sent up a spacecraft, and every time one of them splashed down, Daddy either woke up us four little kids and lined us up in front of the television to watch a launch or went into the front yard and whistled, signaling that "the Coleman's have to go home!". We would obediently stop playing and go home, where Daddy would line us up in front of the television to watch the splashdown.

As an adult, I now realize the significance of what I witnessed, but little kids don't see things like that. I was more in awe that, regardless of where we had to go, Daddy always knew the way there ... and back! We never got lost. At that point in my life, I knew the way to Rocky's house, to school, the fire station (where I could get a cold bottled of Ski out of the machine), and to the tot lot. That was the extent of my navigable world. I could not have gotten myself to and from Grandma's house to save my soul, but I could see the moon ... it didn't seem so extraordinary that the astronauts could get there!

When I got a little older, I wanted to be an astronaut ... until I found out how much math I'd have to take. That nixed that career path immediately. Nothing was worth that much math. I did, however, want to live in the world of the Jetson's! I wanted a flying car! I wanted a robot maid! I wanted a jet pack! I wanted a "television phone" and I wanted my mom to fly me to school and launch me, in my own private pod, to the school landing pad! I knew none of those things were possible, but it was fun to think about!

Now, amazingly, we do have many of those things. Nearly everyone has a cell phone with even more capability that the Jetson's "television phone". Jet packs are a reality, as are robots and flying cars (even if they aren't all available to the public ... yet).

The ingenuity of man never ceases to amaze me.

In 2011, my boyfriend and I traveled to Florida to watch the final launch of the Space Shuttle. The launch was delayed several times, and didn't launch until after we had to return home. The vacation and time spent with my sweetie was fun, but we were both very disappointed to miss the launch in person.

If you are near a computer (or smartphone) tomorrow morning, you can watch the launch on NasaTV (barring more delays). In addition to the live launch video stream, NASA has a lot video's to peruse, from historic space launches to the building of the Orion rocket.

I remember one of my teachers saying that everyone says they want to go to the moon, but when push came to shove, few people would actually have the courage to go. I wanted to tell him he was crazy! If NASA had landed on the playground and invited me to climb aboard and fly to the moon, I'd have dropped my jump rope and ran inside that rocket in an instant ... but I'm not sure I'd be so willing to go to Mars. I applaud the men (and women) who will one day go, and I'd still love to go to the moon, but traveling to Mars in not an adventure I'd be willing to take.

But I will watch the launches and splashdowns ... and, like my father, I want my kids witness this piece history, too ... and enjoy it ... whether they like it or not!