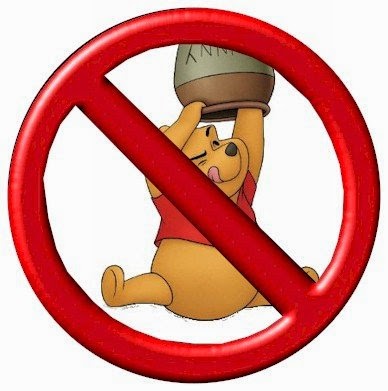 The town of Tuszyn in Poland has banned Winnie the Pooh because some council members believe Pooh to be a hermaphrodite, and inappropriate for children, citing Winnie's attire and lack of genitalia. Apparently, a fully-dressed Polish bear called Misio Uszatek is a much better choice.

I can't help but wonder ... is Misio anatomically correct under his clothing? That's kind of a creepy thought!

Another council member ... who really hates Pooh stated, "I've written a poem that represents this discussion - 'Winnie the Pooh is an alcoholic and a liar. He walks with no underwear and has cut off his testicles'."

This "poem" rhymes in Polish, but even if it does rhyme, what did Pooh do to rile up this town? And what makes them think Pooh is an alcoholic? I don't recall Pooh ever express an interest in anything other than honey! And that part about cutting off his testicles??? Surely Pooh isn't the only stuffed animal in Tuszyn without shorts or underpants!!

Not everyone in Tuszyn see's Pooh as a problem, with one man stating, "Winnie the Pooh is a bear with low intellect, and unfortunately, this is also evident in those who are concerned with this topic."

I'm guessing this statement went right over the heads of the rest of those in attendance ... and that this one lone voice of reason in Tuszyn left the meeting scratching is head.

Maybe it will be of some consolation to know that the rest of the world agrees with him!
Posted by Jackie Coleman - Author at 9:23 AM