When I heard someone say, "Boys are SO much easier to raise than girls", I would literally laugh in their face! There were many, many more sleepless nights, tears shed, and lost days at work because of my son. I pray for my kids every day, but I prayed for Davy much more fervently ... because he was still searching for his footing in life, and the girls seemed to have found theirs. 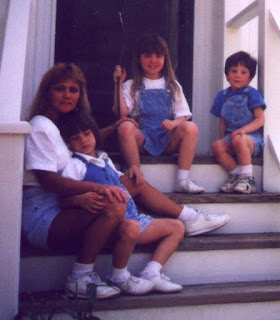 I would by lying if I said raising Davy was a walk in the park. He was stubborn, argumentative, and refused to give in, regardless of the cost. In an argument, he would risk everything to gain nothing. But after the accident that severed the artery and nerves in his arm, he was forced to learn ask for help. He was forced to learn a new way to open things, use scissors and tools, eat, write, etc. It made him slow down. It frustrated him, but Davy was never one to give up. That accident changed Davy. It made his life more difficult, but it made him much more determined to succeed.

And it softened his heart. He always had a huge, generous, empathetic heart, but he had been running life at 200 mph. This injury forced him to slow down, and as he did, he started seeing things in a whole new light. It's like taking a walk with a toddler. When adults take walks, they look ahead toward where they're going ... toddlers look around at what they are passing. They see the flowers and the butterflies and the garden decor that adults are too busy to see. I loved taking walks with my kids when they were young. They pointed out all of the things I walked or drove past every day and never saw. 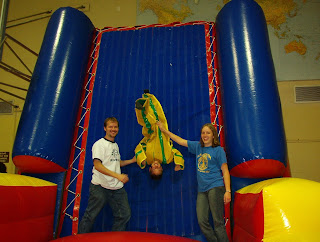 They were enchanted with the "pine cone tree". On every walk, we would stop someplace for a cold drink and a snack, or ice cream. They knew knew to stay on the right side of me on the sidewalk ... so that I was closest to traffic. They knew to stop at every driveway and make sure no one was backing out before proceeding. They knew when I said "Stop", that meant to stop immediately ... and they did.

When our walk ended, they always wanted to go by the pine cone tree. There was a pine tree behind a church near our home. They were fascinated with a tree that could create such a treasure and leave them on the ground for the taking. They'd ask, "Can we take some home, Mama?", and of course, I said yes.They'd finish their candy then begin picking up as many pine cones as they could carry. 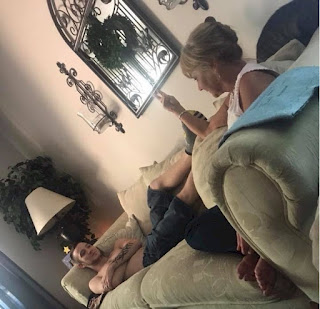 After Davy's arm accident, he began to see the world differently. Instead of the selfish adolescent, he was becoming a mature man. There was also a change in the way he treated me. We didn't argue and butt heads as we did so much while he was growing up. Taking him to his visits to his doctor in Louisville was a pleasure. It was just me and Davy, talking and laughing and reminiscing. I loved those drives.

Despite his limitations, he spent the last night of his life talking to his job coach, setting up a meeting and talking about the interviews they had set up for him for the next week. His very last conversation was with the manager of the Dollar General Store near his home. He stopped to ask if they had any openings, telling them he wanted a job. Not being able to use his right arm had forced him to lower his expectations. He just wanted a job ... any job ... until he could regain the strength in his arm and get a "real" job. He wanted to go to Ivy Tech and become a certified mechanic. He had always loved working on cars, but he needed his arm to fully heal before he could do that. 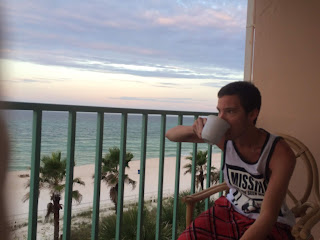 At times, Davy's antics and actions put me through hell ... but he was always my baby and I loved him unconditionally. Everyone always said, "He'll grow up one day." He might have been nearly 24 years old when he died, but he was just becoming an adult.

Now, all I have are memories, both good and bad. Growing up, Davy was often like the little girl in a poem by Henry Wadsworth Longfellow ...


There once was a girl,
who had a little curl,
right in the middle of her forehead.
When she was good,
she was very very good,
but when she was bad she was horrid.

Davy was finally emerging from the fog and privilege of his youth into finding his way in the world as a man. Through all the ups and downs, I loved him as only a mother can, I was looking forward to watching him continue to grow into the man I always knew he'd be. 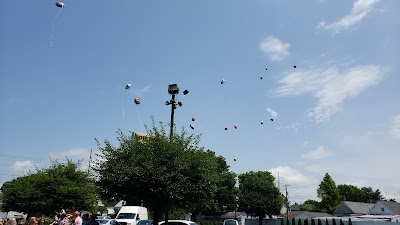 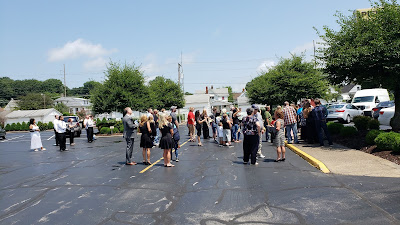 If you know of a vehicle matching this description, please contact the Sheriff's Office TIP line at 812-421-6297 or leave a web tip here.
Posted by Jackie Coleman - Author at 8:46 AM