I Guess People DO Start Looking Like Their Pets! 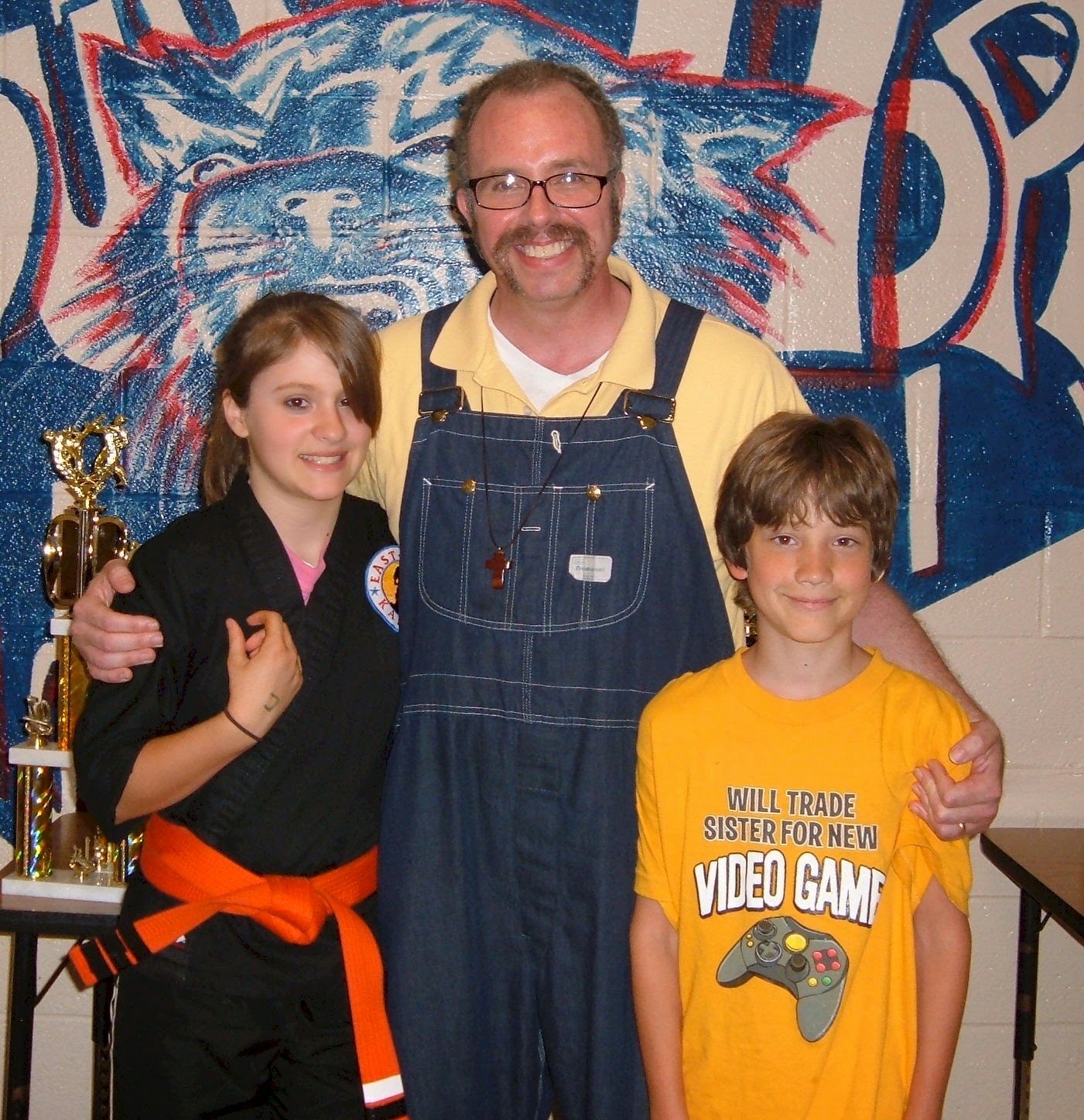 This is my middle daughter and son at a karate tournament in Madisonville, Kentucky a few years back. The distinguished farmer ...er, gentleman ... in between them is Mr. H, their old fourth grade teacher. I don't mean to imply that he's old, but then again, he's not exactly young, but ...  Okay, how's this? They both had him when they were in the fourth grade. (That sounds better, doesn't it?!) In his classroom, he always wore dress clothes. but if you ever saw him outside of school ... he was in overalls. Always. Year-round. No exception!

He's retired now, and that's too bad, because he's the kind of teacher you pray your kids will get. He loved his students and they loved him. He would go to all kinds functions and activities that his current and former students were in ... plays, school programs, etc. He would even go to functions not connected to school if he knew about them and they were close by ... just to cheer the kids on. After they performed, he would seek them out and tell them what a good job they did ... so that they knew he had come to see them ... then he'd slip away and head home.

He and his wife came to my middle daughter's high school graduation party. Everyone was surprised that a fourth grade teacher still had contact with kids that far removed from their classroom, but then they've probably never met a teacher like Mr. H. I've been at Open House at the grade school he taught at when former students ... in college or married with kids of their own ... would see that the school was having Open House, so they'd stop by just to say hello!

A couple of years ago he started feeding a stray cat (he called him George) ... and talking about him quite a bit ... all the while denying he had a cat. One time he mentioned that he'd taken George to the vet. I told him he couldn't deny he had a cat if he was taking it to the vet and letting it take naps on his lap while he "watched" television. Yes, he finally admitted, he had a cat.

The kids found the picture below ... so I guess it's true ... people really do start looking like their pets!! 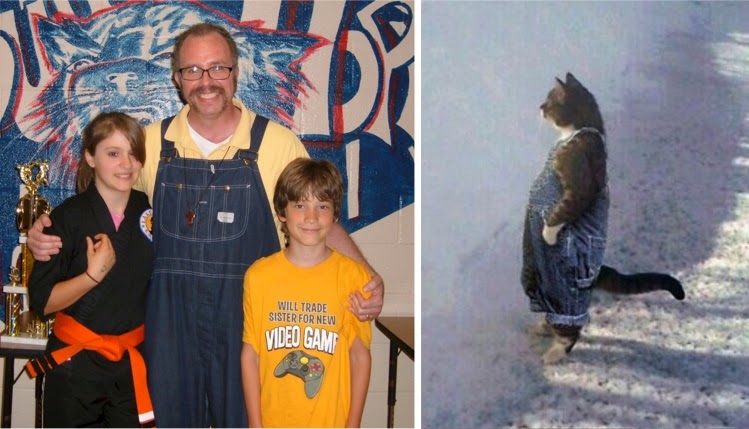 Posted by Jackie Coleman - Author at 7:58 AM