Speaking Of Cats In Clothes 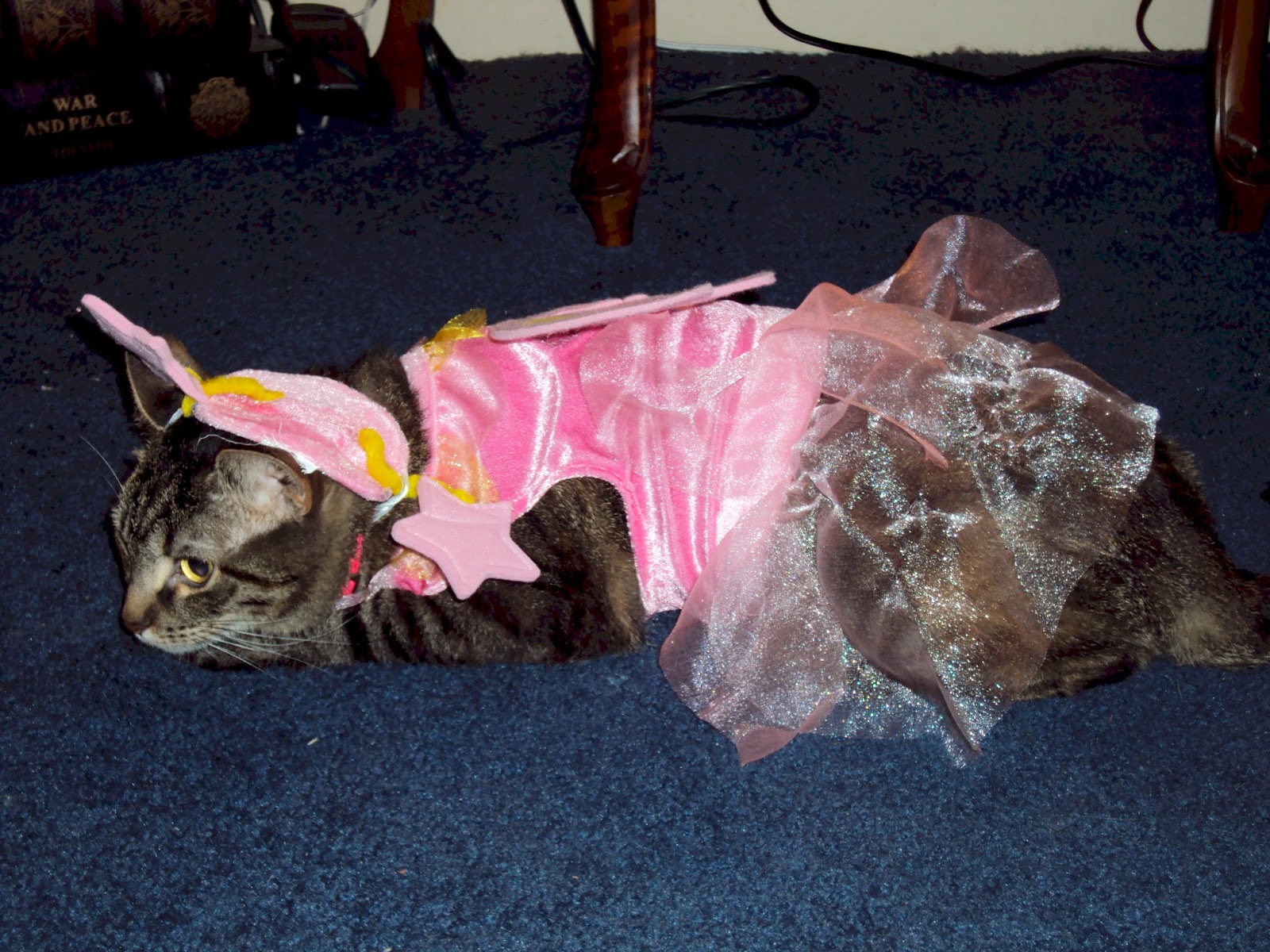 When we first got Olivia, she came as an teenager/adult cat from the home of a young married couple. She was their only child and she was spoiled rotten. Olivia loved her home and had her jailers trained well trained to her likes and dislikes. When they had a "real" baby they realized their cat wasn't so special anymore. They were forced to accept the cold, hard truth ... their cat was, in fact ... an animal! For some reason, I agreed to take her (all these years later, I still don't know why I said yes!). She was a bit of a snot when she got here. She walked around snarling like a bobcat. She didn't want anything to do with us, and she let us know that her new prison was not acceptable! We figured she spoke with a French accent, looking down her snooty little nose at us peasants.

My oldest daughter bought her a Fairy Princess costume to wear for Halloween ... partly because she loves dressing animals in clothes (click here for evidence), and partly for revenge! And here is Olivia, dressed up in her Fairy Princess costume. She hated it! She couldn't walk forwards in it ... only backwards. She finally gave up and just laid there! It was hilarious!! We laughed so hard we were crying. (And yes, Olivia, we were laughing at you, not with you!) If she could talk, I'm quite sure she would have told us (in her "better-than-thou" French accent) that this was beneath her. She didn't have to tell us it was humiliating ... her shame was obvious!

She eventually surrendered and reluctantly accepted her degrading circumstances and the new wardens who forced her to snuggle. She's a sweetie-pie now ... but she will never be allowed in my room ... she looks too much like a raccoon!!!!