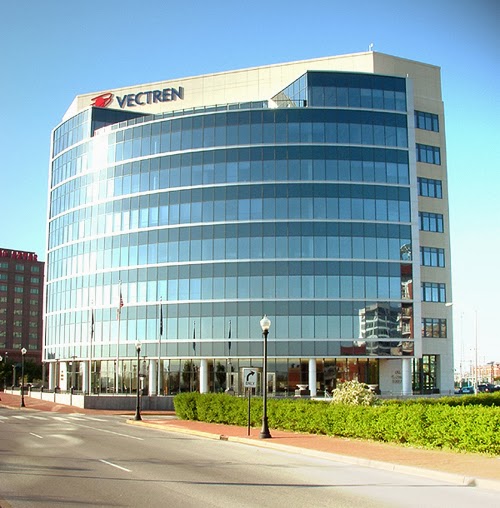 The following article left me fuming ... "It is Time for Vectren to Explain Why SW Indiana is an Island of Exorbitant Electricity Rates"

I live in a big, old, drafty Victorian home, built in 1909. Several of the rooms still have original, unpainted oak trim, fireplace, and 9' operational pocket doors. The richness of the stained wood and the craftsmanship in the detail is stunning, and it's what made me fall in love with this old house the moment I walked through the doors.

Most of the windows downstairs are original, which means they are not energy efficient by anyone's standards. Let's just say the advancements in window technology in the last 105 years has been almost completely lost in my home. My monthly electric bill is equal to nearly one third of my mortgage payment. I signed up for the equal payment plan over a decade ago so that I didn't have $88 bills in the spring and fall, and $700+ bills in the winter. As a result, my monthly bill is ridiculously high all year. I cringe every time I pay it, but at least I don't need sedatives to open my bill in the winter.

Last month a friend of mine said his Vectren bill was three times what it usually is this time of year. Granted, we had an unusually cold stretch of weather for a while, but if my bill had tripled, I would would probably hyperventilate.

After reading the above referenced article, I'd love Vectren to answer for our unusually high energy rate ... especially in light of them requesting a rate hike. Isn't there some legislative body that oversees this type of thing and can call for an investigation? And by legislative body, I mean one that isn't beholden to them for campaign contributions and will do what is right for the community, not what benefits them personally.

If Vectren needs to charge substantially higher rates to cover their overhead, perhaps they shouldn't have built a new office building (pictured above). Strangely, I cannot locate an article online giving the cost of the new building, but it can't have come cheap. They built on prime real estate on the riverfront, and they had to tear down an existing high-rise apartment building first. I was able find a plethora of articles demanding to know why Vectren charges Evansville residents substantially more than other markets, but none on what they spent to build their fancy new offices.

Wikipedia notes that: "Vectren sponsors the radio network of the Indianapolis Colts NFL football team; the network is referred to on-air as the "Vectren Radio Network". As well they also sponsor the annual "Vectren Dayton Air Show". A small, very unscientific poll I took reveals that no one, not even die-hard Colts fans, are willing to pay higher rates in order to allow Vectren to pretend they're doing a wonderful thing ... for a town four hours north of us ... who gets their power from a different energy company. Most felt the energy company that serves Indianapolis should be the one forking out this kind of money.

The bottom line is that spending money on the Indianapolis Colts doesn't do anything for our local economy ... it helps Indianapolis, who enjoy lower energy rates than we do. Evansville pays for this goodwill, but reaps little or no benefit from it. Paying for these types of things, and passing those costs to residents in the form of higher energy rates seems immoral and unethical at best, and illegal at worst.

A short internet search reveals people have long been trying to get an answer from Vectren as to why one small community is paying more than nearly every city in a 1,000-mile radius ... so why is Vectren so silent on the matter? And why is nothing being done?
Posted by Jackie Coleman - Author at 10:14 AM