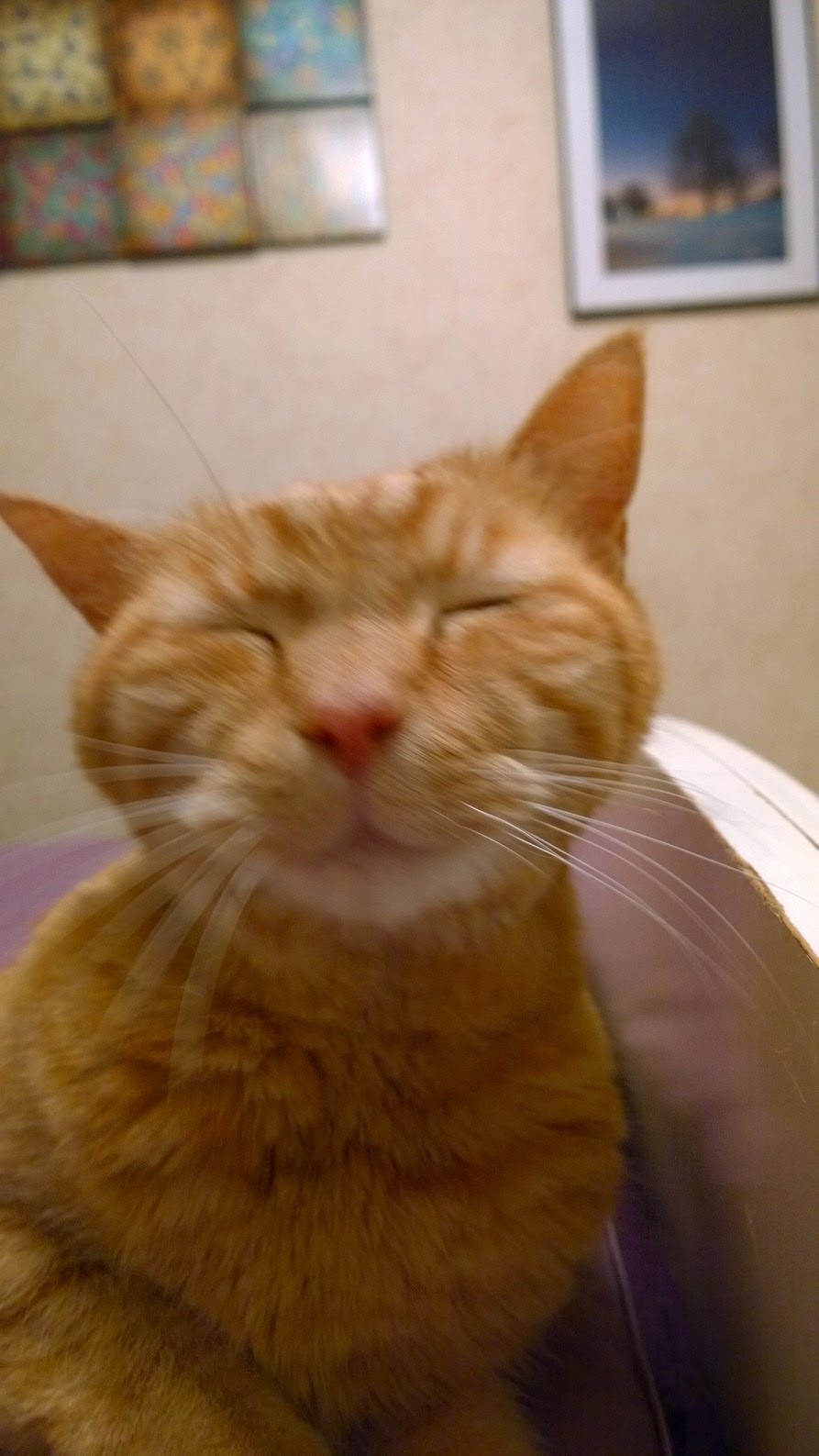 My boyfriends youngest daughter just got a new phone with a very high quality camera, and was trying to get a good picture of her cat, Ollie. She told him to smile. I asked her "Are you sure you didn't say 'Smile and fart'?"

Ollie is Olivia's cousin, (at least) once-removed. Olivia belonged to my boyfriend's oldest daughter, and she was loved and spoiled ... until a baby human came along and ruined her existence. My oldest daughter agreed to take her ... with the promise that we would get rid of Tux-The-Psycho-Kitty. Olivia HATED Tux. (So did I.) It took a while, but we finally unloaded Tux. I told my oldest daughter that when she moved out, Olivia had to go with her. "Of course," she exclaimed! Well, my daughter moved out, but (much to my chagrin) ... Olivia didn't. My middle daughter, who loves Olivia, was thrilled. Me? Not so much.

My oldest daughter did come and kidnap Olivia about a year later, but it was short-lived.  About fifteen months later (not that I kept count or anything), she had to move back in with me while she looked for another place. She not only brought Olivia, but Louie the cat, and Roo the dog. She found another place a little over a month after she moved back. Louie and Roo went with her ... but she left Olivia here. Again!

So, once again, my middle daughter is thrilled. Me? Not so much. Olivia is a nice enough cat, but I'm tired of animals. I raised three kids by myself ... I think I've been punished enough!

Posted by Jackie Coleman - Author at 8:28 AM