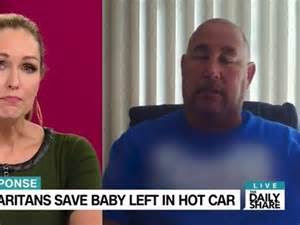 A retired policeman, Steven Eckel, saved a baby trapped in a hot car by smashing the window with a sledgehammer. When he was interviewed, he wore a "Trump 2016" t-shirt, which the media (HLN) blurred out. This, by the way, is the same network that cancelled Dr. Drew's show after he admitted he had serious concerns about the health of Hilary Clinton.

I realize the word "Trump" is offensive to liberals, but it's not an offensive word, and those who support him have the right to wear his t-shirts wherever they want without fear of visual censorship ... just like Hilary supporters. If the media doesn't want to be accused of bias, perhaps they shouldn't make their intolerance to opposing viewpoints so obvious. 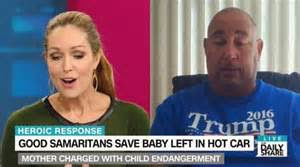 Posted by Jackie Coleman - Author at 8:48 AM