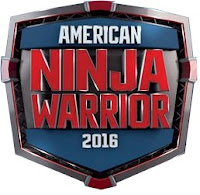 Back in the day ... and I won't tell you when that day was ... I was a force to be reckoned with. Standing at an impressive 4'11", people looked at me as tiny ... because I was (and still am) tiny, but they incorrectly assumed tiny meant weak, and I was anything but weak. Pound for pound, I was freaky strong!

More than once a guy had bet me that I couldn't do 25 push-ups. The "real" kind of push-up, not the "girl" kind. I'd look at them like they had bet that I couldn't chew gum and walk at the same time. Then, I would tell them I could do 50 push-ups! We'd define the wager, and then I would do 50 perfect push-ups without breaking a sweat. Most of the time the wagers were so outlandish there was no way of collecting on them, but that wasn't the point. The point was that I proved them wrong.

When someone told me I was too "little" to do something, I took that as an opportunity to show them that there was more to me than meets the eye. When someone told me my hands were too small to do a particular card trick, I picked up the deck and practiced a few times, then executed it flawlessly to show him not to make any more assumptions about me. I'm not saying I was a strong as a man, I'm not ... I'm saying when it came to feats of strength or endurance, I could hold my own.

As I watch American Ninja Warrior, I am well aware that I would humiliate myself it I attempted anything like that now, but back in my heyday, I think I would have shocked everyone. Seeing me trying to do that obstacle course right now would not be awe-inspiring ... it would be comical. And not in a good way, but rather a sad, pathetic kind of way!

I love watching Kacy Catanzaro. Not only is she a woman, she's only 5' tall and weighs just 100 pounds, yet she conquers obstacles that have felled many a man. It's inspiring to watch her, and I love it that she proves being small doesn't mean you're weak.

It's too bad they didn't have American Ninja Warrior when I was in my 20's. My glory days are now behind me, but back then, I think I might even have been able to give the other competitors a run for their money. Alas, it's too late now. All I can do is talk about how awesome I might have been on the ANW course, but I'll never be able prove it. I really do wish I could see how far I would have gone. But, I was extremely shy in my youth ... I would have dreamed of doing it, but who knows if I would have had the nerve to do it with the world watching. Probably not ... but I really do think I would have done pretty good!
Posted by Jackie Coleman - Author at 11:48 AM