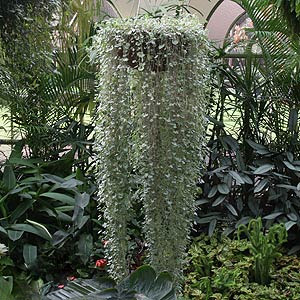 Thing 1 introduced me to a trailing annual I had never heard of ... Silver Falls Dichondra. One of her neighbors had some pots of it hanging on her front porch, which Thing 1 mistook for Spanish Moss until she got closer. When Thing 1 asked the homeowner what the plant was and where she got it, the homeowner feigned ignorance on both questions. Some people won't their recipes ... some won't disclose their plant knowledge! Not to be deterred, Thing 1 took to the internet to find the answers for herself. Armed with the name of the plant, she then contacted all of the nurseries in town to see if anyone had it. One did, so she hurried over and bought some.

Thing 1 knows I love Spanish Moss, and since it looks a great deal like Spanish Moss from a distance, she knew I would love it. We went to the nursery to pick some up for me, but there was only one left. I bought it and planted it, thinking one little plant would take a really long time to grow as big as in the pictures I drooled over on the internet. To my surprise, that one scrawny plant grows quickly! By the end of the summer, I am confident it will be every bit as beautiful as the pictures that drew me to this amazing plant. 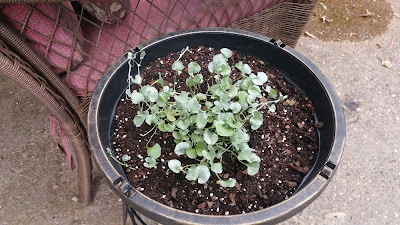 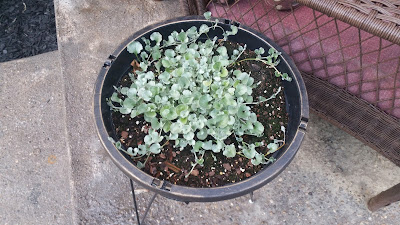 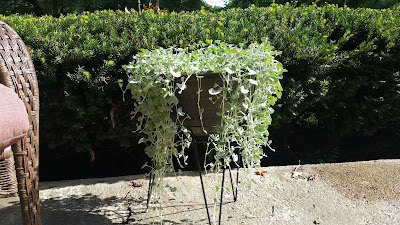 Posted by Jackie Coleman - Author at 8:15 AM