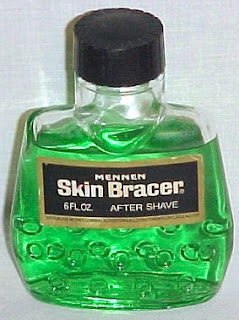 My father would be 100 years old today. Obviously, my parents were older ... they were about the age of my friend's grandparents. I never gave it too much thought though, since my friend's parents seemed "old", too. Not as old as mine, but old nonetheless.

Daddy was ridiculously hard to buy for, made doubly hard by his birthday being on Christmas Eve. So, every year he got shirts, ties, and green Mennen aftershave. I'll bet he only bought one bottle of aftershave in his life ... the rest were given to him on his birthday/Christmas ... and were enough to last him until his next birthday.

It's hard to believe Daddy has been gone for almost 31 years. While he was no Ward Cleaver, he did his best to raise all of us kids. We had a nice home, lots of toys, new clothes, plentiful food, and a warm bed to sleep in every night.

After Daddy died, my mom decided to sell the house and moved into an apartment. The house sat empty for about a year. Every once in a while, I'd go by the house after work. I'd walk around the house, looking for something of "Daddy" to take. I could never find anything. Then it dawned on me ... Daddy was the house, Mama was everything inside. Daddy was the one who kept us warm and safe and well-provided for. Mama made life comfy. It saddened me to realize there was nothing inside for me to keep that was "him".

Daddy always saw Santa's sleigh, but none of us kids ever did. Eventually we would give up and go home ... to discover Santa had came while we were gone. A little obvious now, but we fell for it every year. Mama would hand out the gifts and Daddy would walk around with a trash bag picking up all the wrapping paper and boxes.

I can still see all eight of us kids in the living room opening gifts, wrapping paper flying through the air like a tornado was whirling through the room. At the end, as the last of the paper floated to the floor, there would be a collection of green Mennen bottles next to Daddy and he'd smile and thank us like we had given him a new Cadillac.

As I watched my own kids opening gifts when they were little, I felt a bit like my father ... walking around with a trash bag, collecting boxes and wrapping paper. I guess the apple doesn't fall far from the tree.

Happy Birthday, Daddy!. Thank you for all you did ... and all you sacrificed ... to give us kids a comfortable life.
Posted by Jackie Coleman - Author at 7:50 AM