If you don't have a teenage or young twenty-something daughter, you may not know who Megan & Liz are. They are two sisters who began posting YouTube videos of themselves singing other people's songs. They do have pretty voices, and before long, they had a big YouTube following and began recording their own music, and now have a recording contract and their own CD ... and my middle daughter is a huge fan.

In one of their video's they were showing their fans their bedrooms. One of the girls had a bird cage, and my daughter fell in love with it ... and she wanted a bird cage.

One day, home alone, I searched YouTube for the video of Megan & Liz showing off their bedrooms. I waited for the bird cage to come into view, froze the video, and did a screen shot ... then started looking for bird cages like Megan & Liz's.

The only ones I could find on a stand were ridiculously expensive. I finally found one, without a stand, and figured I would hang it from her ceiling ... and since it didn't have a stand, I wanted to wire it with Christmas lights.

Her favorite color is pink, so I wanted pink lights ... but the bird cage is black, so I needed lights on a black wire. The only "Christmas" lights with black wire are Halloween lights. They're technically purple, but they can pass for pink! I spent a long, long, loooong time snaking the lights through the cage and wiring them to stay in place.

Now ... all I need is an extension cord with a decorative chain.

Seems simple enough, but the only thing I could find was for chandelier's ... which would work just fine ... but the extension cord was brown and the chain was black. I didn't want a brown extension cord!

Okay, so on to Plan B. Plan B was to sew a cord cover. I bought two rolls of tulle, the ones that they sell for people to make wreathes and tutu's for little girls (45 feet of tulle on each spool). I didn't really think that through, because you can't sew tulle without sewing something in between them ... and, I discovered my sewing machine had a nervous breakdown.

Okay, onto Plan D. Plan D was to buy a black extension cord and black chain, and have my boyfriend cut the wires, feed the cord through, then splice the wires back. Plan D should have been Plan A, but hindsight is 20/20, right?!

The night we did Christmas, my daughter had to work until 9:00, so while she was at work and we were all sitting around waiting for her to get off, we hung her bird cage. It does look pretty cool!

Her present under the tree is in a very small box, with a rock in it for weight ... 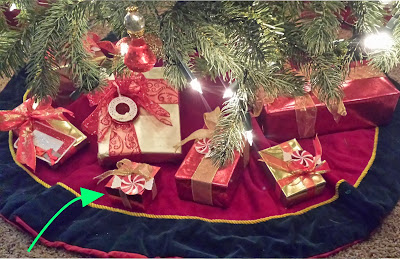 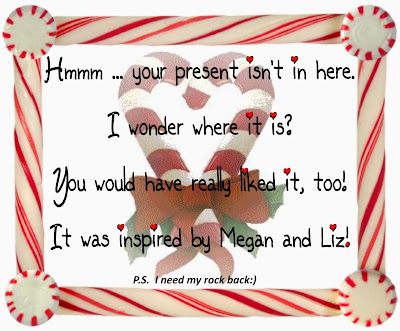 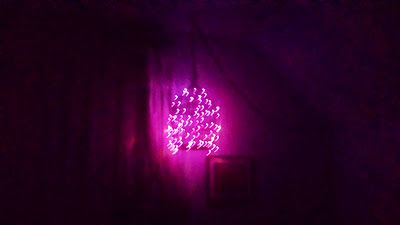 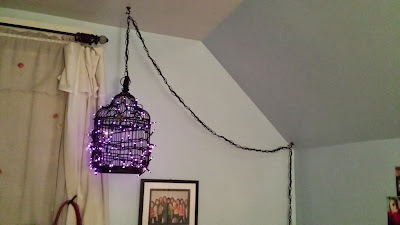