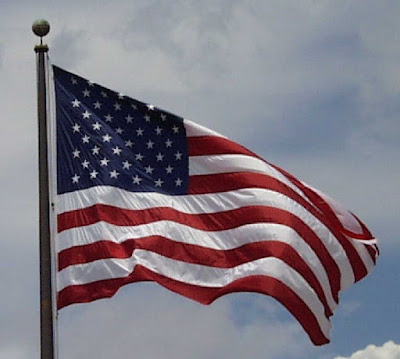 I have read several articles lately about fire departments all over the country that were ordered to remove the American flag from their trucks for a variety of ludicrous reasons. Firefighters are told it breaks the states flag ordinances for mounting them on the wrong side of the vehicle, or that they post a threat to other drivers. I've been around the block for a few years now, and I've never heard of an accident associated with a flag on a firetruck.

There are also a plethora of articles about veterans who are sued, fined, and/or evicted for displaying the American flag because of some silly homeowners association ordinance. Any ordinance that bans the American flag ... IN AMERICA ... is, in my opinion, un-American and should be repealed. I think it's offensive to tell a veteran, who put his or her life on the line for that flag, that they cannot have a flag publicly displayed on their property. And what a slap in the face for the widow or children of fallen veterans to tell them the American flag in their yard is offensive!

On Cinco de Mayo in schools out west, American students are banned from wearing anything showing their allegiance to America ... only clothing with the Mexican flag and Mexican colors are allowed. I'm fine with anyone, regardless of their heritage, celebrating Cinco de Mayo with the flag and colors of Mexico, but at the same time, it is never offensive to show allegiance to America ... even on May 5th.

Anyone who finds the American flag offensive, under any circumstance, is more than welcome to go live in a country where the American flag is only flown at the American Embassy ... or burned by anti-American protesters ... and there are plenty of those countries around the world. Pick one of those and you'll never have to be "offended" or "put in danger" by the American flag ever again ... and patriotic Americans will no longer be shamed for loving their country.

As for me, I love the American flag. I feel a surge of patriotism every time I see one. I stand with my hand on my heart, facing the flag, when the Pledge of Allegiance is said or the Star Spangled Banner is played. I often get choked up when I hear our National Anthem. I love driving around town and seeing flags proudly displayed at businesses and on porches. The flag and the song of our country mean something to me, and it makes me profoundly sad that the right to fly the Stars and Strips is being taken away.

Our founding father's must be rolling over in their graves at what this generation is doing to the country they fought so hard and sacrificed so much of their lives and fortunes to create. Shame on anyone who ever tries to ban flying the flag of our country.

It's like the frog that didn't realize he was being boiled to death because the temperature of the water rose so slowly ... until it was too late. Americans are giving up their rights, a little at a time, and don't even realize that the way of life we enjoy is slowly fading away ... and will one day be gone forever.
Posted by Jackie Coleman - Author at 9:18 PM